Originally published in 2017 as Engage Brief #4.

This chapter elaborates in detail Guidepost 1: Individualize support for each person and highlights examples of how this guidepost is being implemented by service providers based on expert interviews and case studies from outstanding providers of CLE supports.

Individualize supports for each person

Individualized supports were viewed by all interviewees as the central tenet to providing the highest quality Community Life Engagement to each person. As one parent stated: “First and foremost, I think anything you do for an individual has got to be individualized to them and their needs and their community…You always want to start with what the person is interested in.”

Start with an understanding of personal preferences, goals, interests, and skills

“It's not a written policy, but it's part of our orientation and our culture. It's that everything is individualized. Everything is identified by the person and the settings that they want to be in.”

Individualization of CLE supports usually started from first contact with the individual. Interviewees described a process of sitting down with the individual (and often their family) to better understand who the person is, their likes and dislikes, and their visions and plans for themselves. This was an opportunity to listen and discuss how the provider can best serve their needs. As one parent recounted:

“When we initially met with the people here, they asked (her) a lot of questions about what she liked and seemed to really listen to that, what she didn't like. She's very vocal about what she likes and doesn't like. And it was nice to have somebody listen... And yet be willing to push her sometimes a little bit out of her comfort zone because that also sometimes, with her, needs to be done to try something new. And then if she didn't like it, you come back and talk about it."

Individualizing supports aimed to put the individual in situations they chose to be in, and in situations where they felt comfortable and could thrive. By customizing supports to each individual, providers avoided “programming” or, as one interviewee put it, “stuff(ing) people into activities.”

It’s also important to remember that individual preferences, interests, and skill sets change and evolve over time, so the need to keep asking and observing is paramount. As a result, the activities that an individual participates in should evolve as well.

Person-centered planning, Discovery, and other formal or informal planning processes help develop the individual’s goals and interests into activities that will eventually comprise daily and weekly schedules while still maintaining their personal choices. Many individuals can have the same goal, but how they accomplish each goal should be tailored to the individual. Maintaining a commitment to one’s goals is considered important. As one direct support professional said,

“And if we're halfway through the year and we're seeing maybe a goal isn't going well…say we have a consumer that has an exercise goal. …we try and convince them, "Your service coordinator really wants you to go. I mean this is one of your goals. Are you sure?"

One provider manager recommended that, for truly individualized results, the discovery process take place in the individual’s home instead of the provider’s office:

“It’s just an extension and an increase of a discovery that we used to do anyway here, but just more directed and has a structure... And it does help us even to look at places and look at things that we might not have taken into consideration, because it gives you direct tools….And you might not know that in their home they have all this stuff they’re very interested in that doesn’t come out somewhere else."

As interests reveal themselves and goals toward CLE begin to be developed, the individual can be introduced to opportunities and experiences that may be outside of their comfort zone. This can foster life skills or act as career exploration, as described by a provider manager:

“We do outreach to the volunteer sites… and we base it off of our client’s interests. Not only their recreational interests but also if they’re interested in like learning a certain skill or like data entry or maybe somebody wants to learn how to cook or something. We try to really ask them what their interests are.”

Sometimes an activity builds upon already discovered interests. At the same site, a direct support professional described how an individual’s interest in his Jewish heritage led to a new level of engagement:

“One of the clients in the program, his mother's Jewish, and he's very aware of his heritage …[and] we just restarted our connection to the Jewish Contemporary Museum. And as soon as he heard that.. he wanted to do it and come in on a Friday [when he’s never wanted to participate on Fridays before]. I was like, "Wow!" So it was good for me to hear that…it was connecting with people in something that's really important to them, and you make that direct connection.”

A common challenge is individualizing supports with limited resources. Some described strategies for managing staffing through creative approaches to grouping and scheduling individuals, re-defining staff roles, and finding and using funding. Each case study site had a slightly different approach and focus, but all were aimed at the same goal of maximizing individualization.

One case study site focused on 1:1 support from a specific staff member, as one direct support professional explained, “We try and keep it at one on one. I mean we try and keep it to where they have one staff person that they are familiar with and comfortable with and come to rely on a little bit.” While staff hours and individual’s funding sources and support needs occasionally made 1:1 prohibitive, staff-wide collaboration across all departments ensured familiarity with the individual so that their supports remained individualized. Another case study site offered individualized supports by having three to four staff members work with one individual throughout the course of the week based on the individual’s schedule. Rather than each staff member having a specialty, staff members were trained to support the individual in multiple roles from employment to non-work activities. Balancing these ever-changing schedules required collaboration and frequent communication in order to make sure individualized supports are maintained, as described by a manager at that site:

“I do all the schedules, and our schedule is color coded, if you can imagine nine staff and I believe 15 people that we support on a day to day basis. … I always call it a Rubik’s cube, so when you shift something everything else has to take that into account. And so it’s tremendously challenging because it’s not a 9:00 to 2:00… And so a staff person might be supporting you for a couple hours … and then might be supporting two people together throughout the day. They might have a four-and-a-half hour day or they might have a ten-and-a-half-hour day.”

And due to funding limitations, the third case study site supported individuals in groups led by one staff member. In order to keep supports individualized, however, these groups were organized based around the interests of the individual and their schedules, as described in the next section.

Purposeful grouping to individualize supports despite group staffing ratios was a strategy many interviewees discussed. Providers attempted to group individuals based on shared interests or friendships, as described by a provider agency administrator:

“So we have white boards around the office, where people say, “I want to learn to knit.” So we'll put knitting up there and we'll put the one person that wants to learn to knit. And then if someone else comes along and someone else, when we have a critical mass, we then go research that opportunity and find it in the community.”

Similarly, a direct support provider said, “When we have another staff that’s out doing the same [activity], we really try and meet up and do something together because, [many whom we support] have been lifelong friends... So we try to utilize the time we have together as well as possible”

While focusing on individual interests should be paramount, a provider manager spoke to the need for occasional compromise.

“Sometimes with the scheduling we’ve had to ask them to like compromise a little bit, but, for the most part, we want them to be doing what they want to do. And, yeah, I would say, for the most part, they really speak their minds and then we change their schedules accordingly. There is some need for us to maintain the schedules consistently because it gives us a better opportunity to work on those skills, but if they really hated something we would never make them go just because that’s what the group is doing that day.”

Maintaining individualization with limited funds for staff was another common problem addressed by providers. Two of the case study sites found creative methods to bring in new funds, such as using direct service staff to offer trainings or technical assistance to other providers looking to expand community-based supports. Said one administrator,

“We’re trying to look at how else can we bring funding in, and a lot of what we are trying to do is through our training contracts and utilizing the staff that’s doing the direct service here to do training and to use that to subsidize the fee for service rate, because it just isn’t covering it.”

This strategy was approved by the regional developmental disability office, which saw cost savings from the provider absorbing the day support hours (with the idea that they will decrease as the individual becomes more independent) and using vocational rehabilitation funds to support employment. The strategy allowed staff to maintain their specialties, said an administrator:

“So the community instructors, we don’t pull them to job coach because that would involve scrambling these groups and we don’t want to do that, so the group day stuff is like set in stone and community instructors really focus on that element. And then our employment services people…do all of the work-related stuff.”

Another provider relied on a Medicaid program where provider boards and the Department of Mental Health match 40% of Medicaid’s contribution. For a $2,000 outlay, the provider then has access to $12,000 worth of preventative, community-integration services.

But even the $12,000 sometimes proves not enough. This provider also used small grants from county-based boards to supplement waiver funds for community integration services. These grants are given with no required designation, so the provider can use the funds for non-covered Medicaid services such as employment follow-along or for those who are not waiver-eligible.

This patchwork funding was part of the current financial reality facing the state in which this provider operates, making the need for early community integration all the more immediate. According to the agency director:

“…as you know, money is very, very tight…it used to be you'd make someone eligible, and you'd start throwing services at them. Now the philosophy is, you make somebody eligible, and you start helping them figure out how to do things on their own, without support, without paid support.”

However, most staff were committed to serving individuals with disabilities and understood the financial stress the provider was under. Said one direct support professional,

“You can spend a lot of time in a day doing stuff for people that you're not getting paid for… But our agency… we're focused on what the person needs. I mean, as long as it's realistic. If we have to drive across town to go do this [with] them or take them here or to get a resource, we're going to do in 99 out of 100 times. We're not going to leave a person hanging." 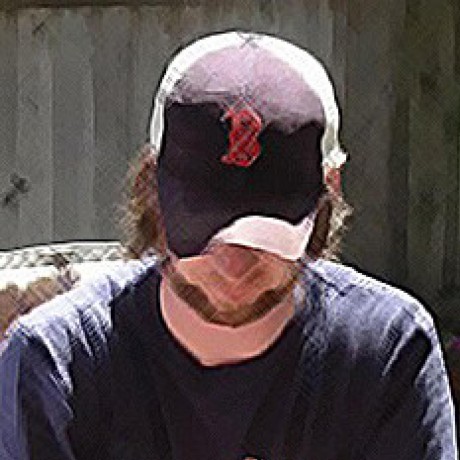